Outside breeding season, The Cattle Egret may be confused with other white egrets such as the Intermediate Egret, A. intermedia, which has a longer neck and is less stocky or the Little Egret, A garzetta, which always has a very slender black bill and is much slimmer in profile. The Great Egret, A. alba, is much larger, with a longer neck and legs and a slimmer body. In breeding season, the orange plumage of the Cattle Egret makes it unmistakable.
Originally found in Africa, Europe and Asia, the Cattle Egret is now found on nearly every continent, with birds in Australia originating from Asia. In Australia it is most widespread and common in north-eastern Western Australia across the Top End, Northern Territory, and in south-eastern Australia from Bundaberg, Queensland to Port Augusta, South Australia, including Tasmania.
The Cattle Egret is found in grasslands, woodlands and wetlands, and is not common in arid areas. It also uses pastures and croplands, especially where drainage is poor. Will also forage at garbage dumps, and is often seen with cattle and other stock.
The Cattle Egret prefers grasshoppers, especially during breeding season, but eats many other invertebrates. It also eats frogs, cane toads, lizards and some small mammals. Its sharp bill is used in a lunging and stabbing manner. It often feeds by following large animals such as cattle, grabbing insects and worms that they disturb with their feet. They also will sit on cattle to look out for insects.
Cattle Egret pairs are monogamous for the breeding season, and they breed in colonies, usually with other waterbirds. Their shallow platform nests are made in wetland areas in trees and bushes, usually as high up as possible. Both parents build the nest and incubate the eggs, with one brood per season being raised.
Cattle Egret 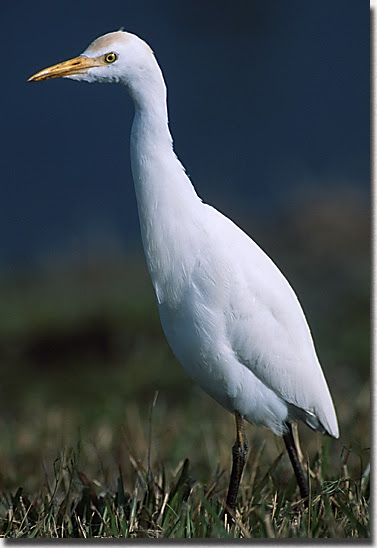 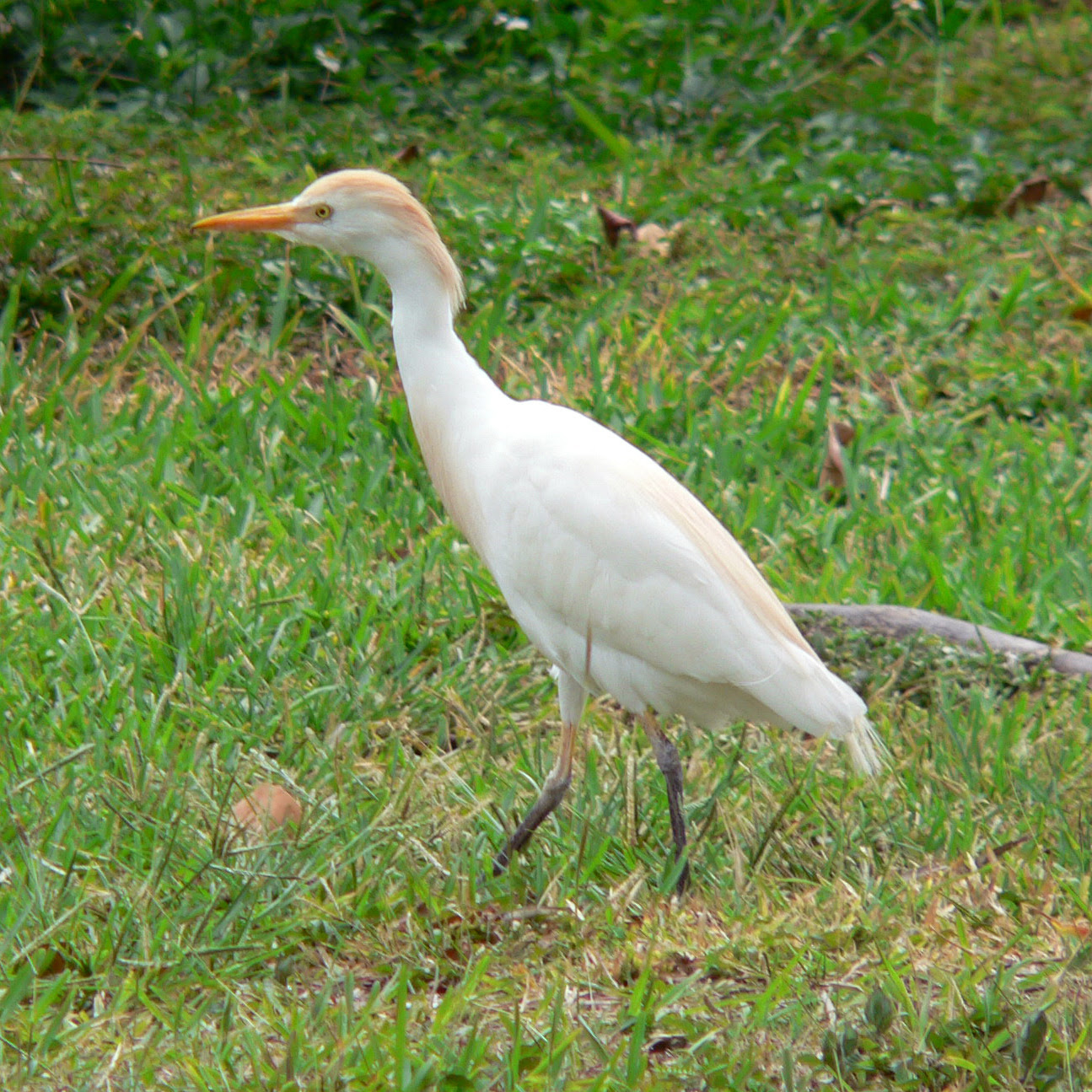 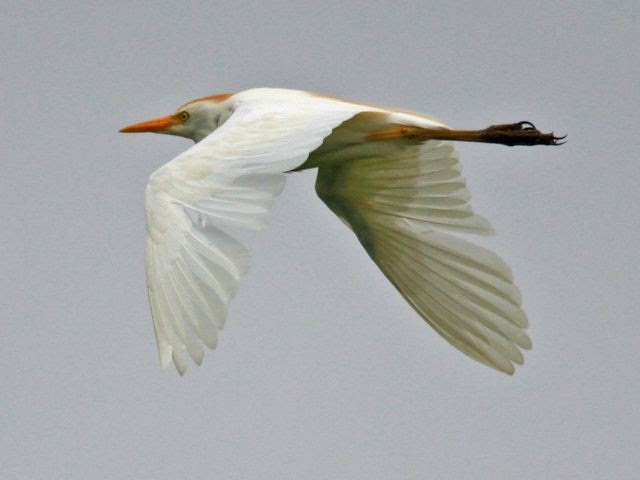 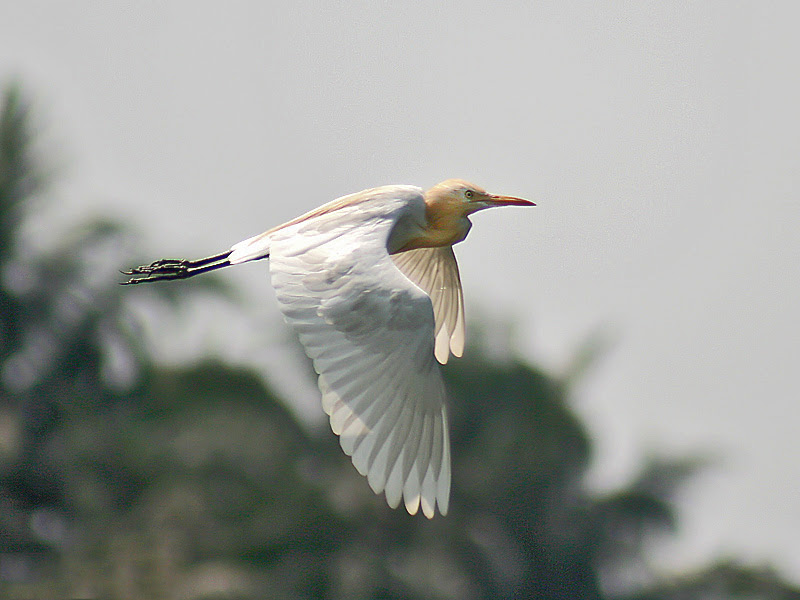